To share your memory on the wall of William Hooker, sign in using one of the following options:

Bill Hooker of Basehor, Kansas was born on April 10, 1939 at Bethany Hospital in Kansas City, KS., and was the middle of three sons to Tom & Dorothy (Lamb) Hooker. He has been a member of the First Baptist Church of Basehor since 1975, and prior to that he was a member of the Armourdale Baptist Church where he accepted the Lord as his Savior. Bill was raised in the town of Armourdale and attended John Fiske Elementary, Central Junior High and Argentine High School, where he graduated in the Class of 1957, lettering in Football.
He was very proud of his heritage and surviving the flood of 1951 in Armourdale. He often told stories of his youth activities and shared those with his children and grandchildren, or anyone else who would listen, as well as many other stories of his youth growing up in Armourdale.
Bill was married to Mary L. Brown on Aug. 12, 1967 at Bethel Baptist Church in Kansas City, KS. After their marriage they lived in Kansas City, KS., before locating to Basehor in September of 1972. Basehor became the town he loved, and lived in, until his death. Since joining the First Baptist Church of Basehor, he had served in many capacities. Bill served in the US Air Force from 1958 until 1962 as a Cryptographic/Teletype Communications Center Specialist. He had deployments to Okinawa, Japan and Fort Meyer in Arlington, Virginia. While stationed at Fort Meyer he played on the Base Fast Pitch Softball Team and made the Base All-Star Team which played in the 2nd Army National Tournament at Ft. McNair, Virginia. He received his honorable discharge in June of 1962 at Fort Meade, Maryland.
The Majority of his professional career was as a purchasing manager for Paragon Energy Corp. and The Foley Co., both in Kansas City, Missouri. After forced retirement from Foley Co. in 1995, he worked as a mortgage loan officer for Citizens Saving & Loan at their Basehor office. Bill loved most sports and excelled in Baseball and Softball, but Golf was his first love and often complained that he, just could not master this sport. Bill served on the Basehor-Linwood USD-458 School Board, as Mayor of the City of Basehor, a Basehor City Councilman, he also served on the Basehor Board of Zoning Appeals. He also served on the Board of Directors for the Leavenworth County Club and as the President of the Iron Creek Homeowner Assoc.
Bill leaves behind his wife Mary Hooker of the home, two daughters: Krista Lewandowski and her husband Keith, Shelly Rusk and her husband Scott, and one son Tad Hooker. Grandchildren: Jordan (Steve) Sutlick, Kaitlyn (Ian) James, Haley (Cole) Portenier, Payton, Parker, Paige and Piper Rusk. Great-grandchildren: Mackinleigh “Little Mac” James, Miles William James, Brynlynn Rusk, Charlotte Portentier. One brother Rick Hooker and wife Kathy, sons Steve, Kevin, Scott and nephew Bryan and family and niece Therese and family, as well as many loved cousins.
He was preceded in death by his parents, one son Jeffrey Hooker, one brother Jim Hooker and a nephew Brett Hooker.

Bill and his family request No Flowers, but contributions to be made to the First Baptist Church of Basehor, in honor of William W. Hooker, P.O. Box 236, Basehor, KS. 66007

Visitation will be 10am to Noon, followed by the Funeral Service beginning at Noon, both on Wednesday, November 11, 2020 at the First Baptist Church of Basehor (1410 155th St., Basehor, KS. 66007). Burial will follow in the Chapel Hill Memorial Gardens Cemetery in Kansas City, Kansas.

The service will also be streamed on Facebook Live from the Alden-Harrington Funeral Home Facebook page: https://www.facebook.com/AldenHarringtonFH/
Read Less

Receive notifications about information and event scheduling for William

Consider providing a gift of comfort for the family of William Hooker by sending flowers.

We encourage you to share your most beloved memories of William here, so that the family and other loved ones can always see it. You can upload cherished photographs, or share your favorite stories, and can even comment on those shared by others.

Posted Nov 10, 2020 at 05:16pm
Our thoughts and prayers are with the Hooker family. They were our neighbors when we moved to Basehor and were very welcoming to us. Bill was a great neighbor, lending a helping hand when we needed it. Their son Tad was one of our sons first playmates and I babysat him and his sister, Shelly. Lots of great stories and memories there. Our sincerest sympathy to the Hooker family. John and Kathy Ashlock and family
Comment Share
Share via:
SP

Posted Nov 10, 2020 at 03:29pm
My condolences to you all. The Hooker Family were one of the first families in Basehor that welcomed my family to the Basehor community when we moved there in 1980. I hope you all are well and can find peace soon.
Comment Share
Share via:
CA

Posted Nov 10, 2020 at 08:24am
We will remember Bill as the father of three of our students at Basehor High School and as a leader in the Basehor community. We send our sympathy to the Hooker family.
Comment Share
Share via: 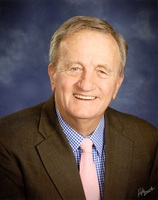