To share your memory on the wall of John Thoele, sign in using one of the following options:

Provide comfort for the family by sending flowers or planting a tree in memory of John Thoele.

Provide comfort for the family of John Thoele with a meaningful gesture of sympathy.

John Henry Thoele, 82 of Kansas City, MO passed away on Sunday, Nov.
1, 2020 at his home after a sudden detection and brief battle with cancer. Private family services to follow at a later date with burial in Leaven... Read More
John H. Thoele

John Henry Thoele, 82 of Kansas City, MO passed away on Sunday, Nov.
1, 2020 at his home after a sudden detection and brief battle with cancer. Private family services to follow at a later date with burial in Leavenworth Veteran’s Administration National Cemetery in Leavenworth, KS. John was born on Nov. 30, 1937 in the Monticello Township of Johnson County, KS. John graduated from Wyandotte High School in Kansas City, KS in 1955 and then joined the U.S. Army serving in Japan and Korea. John owned and operated a service station in De Soto, KS in the 1960’s. Over the years he also worked as a supervisor at several manufacturing plants including Gustin – Bacon Manufacturing and General Supply and Leasing in Armourdale of Kansas City, KS where he met his current wife in 1977. He retired from National Envelope Corporation after over 25 years of employment. He was a daily volunteer at the Hillcrest Thrift Shop in Kansas City North working as a proprietor of the Pet Department - inspired by his love of animals especially his beloved little Yorkie, Sophie Tucker. John loved and was proud of donating his time to an organization that helps people get back on their feet. Being a K.C. Chiefs fan provided great enjoyment for him and he liked putting in a vegetable garden each year with his grandchildren’s help. He was a wonderful carpenter and a handy craftsman remodeling, rehabbing and upgrading his home throughout the years.

John was a man of great faith who lived what he believed, always trying to do the right thing and always willing to lend a hand. Anyone who knew him, loved him. He loved to make people smile by teasing and telling wordplay jokes. He was the best husband, dad, grandpa/papa and will leave a huge void in the lives of many. Simply put, he was one of the original good guys.

In lieu of floral arrangements, the family requests your consideration of donating to www.venmo.com/Carolyn-Thoele to cover funeral and other immediate expenses resulting from the unexpected loss of our dear father and husband. 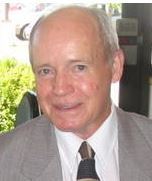 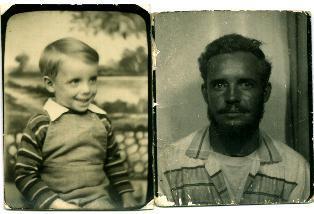 Consider providing a gift of comfort for the family of John Thoele by sending flowers.

We encourage you to share any memorable photos or stories about John. All tributes placed on and purchased through this memorial website will remain on in perpetuity for generations.

Dear Carolyn,
We want to offer are deepest sympathy to you and all of the kids. This was such a shock and yet we all know that this day is coming to all of us. It was just too soon for John. When you guys came to a Thoele family reunion, a wedding, or a funeral, I always would seek out a conversation with Johnny for my own selfish reason. That reason was that he always made me feel good just to be around him and talk to him. His greeting had that smile all over his face that said more than any words; he was really happy to see me. We all will miss seeing him.
Bill and Sandy Fry
Comment | Share Posted Nov 09, 2020 at 09:11am via Condolence
EA

Carolyn we are so sorry for your loss. I know you will all miss him so much. With deepest sympathy to your family.
Evelyn & Flavious Adkins
Comment | Share Posted Nov 06, 2020 at 08:49am via Condolence
MI

I am so sorry to hear of John’s passing. He is now in a perfect body of light feeling no pain, no suffering. John was one of the good guys leaving a legacy of love and generosity. I feel honored to have known him.
Comment | Share Posted Nov 05, 2020 at 11:13pm via Condolence
LS

Carolyn I am so sorry to hear you lost John. There just are no words. You will be in my thoughts and prayers.
Comment | Share Posted Nov 05, 2020 at 10:39pm via Condolence
CT

CAROLYN, I AM SO SORRY, HE WILL BE MISSED, I AM SORRY ABOUT THE BIRTHDAY CARD, I WANTED HIM TO HAVE IT. JUST TO LET HIM KNOW WE WERE THINKING OF HIM AND PRAYING FOR HIM.WE ARE HERE IF YOU NEED ANYTHING. LOVE YOU ALL. CONNIE AND FAMILY
Comment | Share Posted Nov 05, 2020 at 09:49am via Condolence