To share your memory on the wall of Billie Masterson, sign in using one of the following options:

The service will also be streamed on Facebook Live from the Alden-Harrington Funeral Home Facebook page: https://www.facebook.com/AldenHarringtonFH/
Read Less

Receive notifications about information and event scheduling for Billie

Consider providing a gift of comfort for the family of Billie Masterson by sending flowers.

We encourage you to share your most beloved memories of Billie here, so that the family and other loved ones can always see it. You can upload cherished photographs, or share your favorite stories, and can even comment on those shared by others.

Posted Nov 03, 2020 at 08:10pm
My heart felt condolences go out to my extended family in Kansas. Aunt Billie was such a great human and the best Aunt ever. I will miss her beyond words. She was, for these past 5 years since my mom passed away, my greatest friend and I will miss our frequent talks and our visits although few and far between, my knowing she was a phone call away comforted me so very much. Aunt Billie was so great and witty to the end. Aunt Billie and I always talked about everyone when we did talk, we never missed a soul. She kept me up to date on the family there and I did the same for her on the family here. Then, we would always talk about my mama, and Granny. All calls filled with lots of laughs. When I'd visit we would play Yahtzee until we just couldn't hold our eyes open any more. I loved her and will miss her greatly. Hugs to all the family, I would be there if I could travel but I look forward to visiting when I can travel again. Love you all!
Comment Share
Share via: 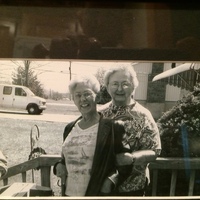 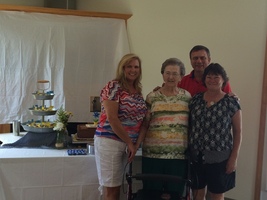